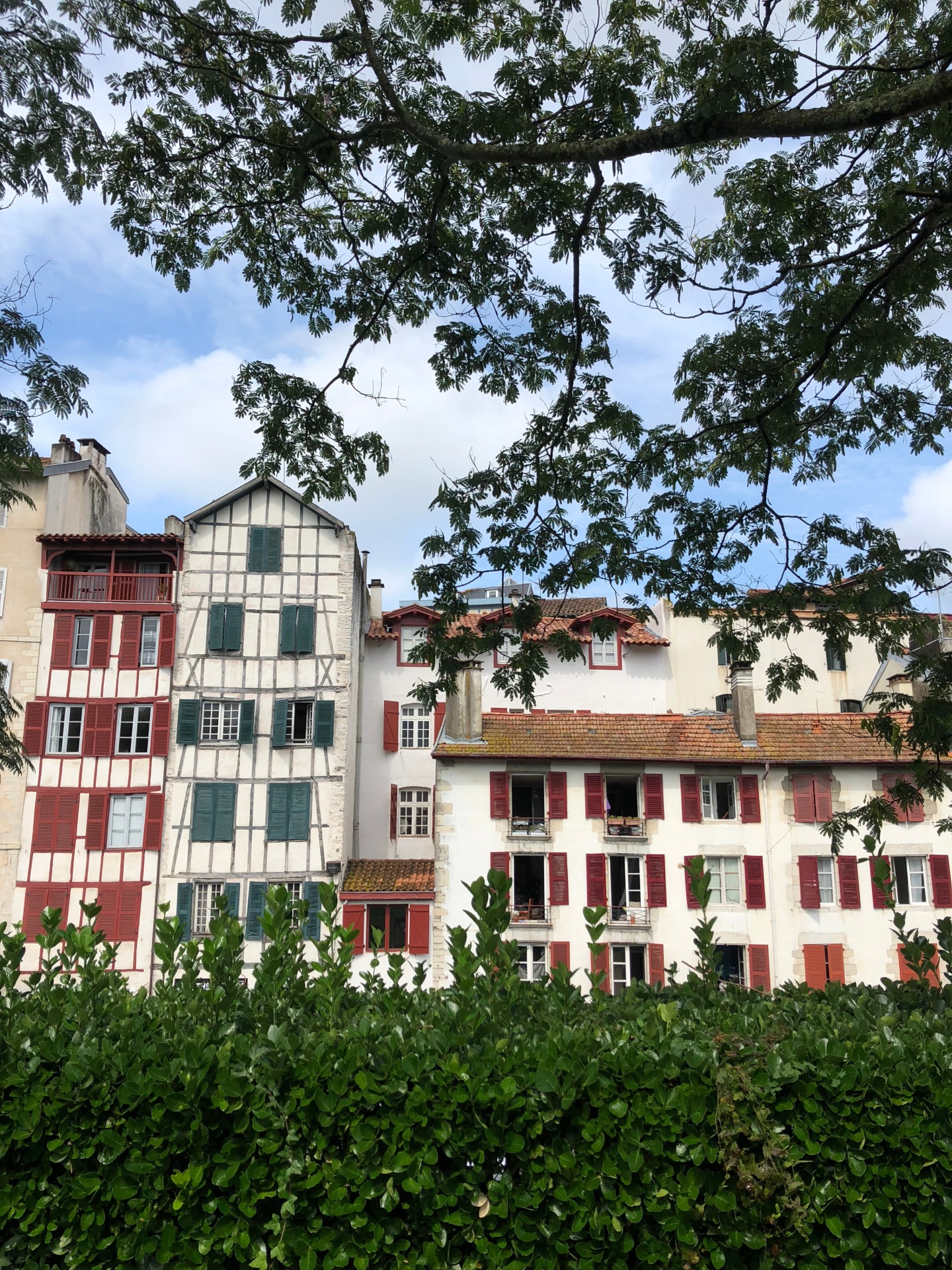 Biarritz is the original European surf town and felt to me like a mix of The Hamptons and Montauk. It’s both ritzy beach town (see expensive hotel prices and boutiques), while also being a total surfer town (there are many acai bowls to be had). I definitely see the appeal of coming here for a week or so just to surf or enjoy the beaches, but I was surprised at how small the city was (especially compared to San Sebastian). 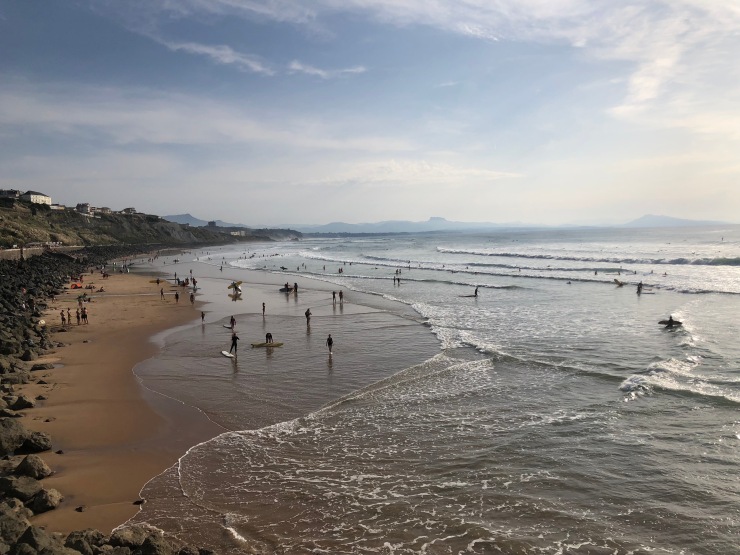 Though it is part of the Basque region, it didn’t feel as “Basque-identifying” as San Sebastian or Bayonne. Perhaps this is because it is so touristy, or because I was staying mainly in the tourist part of town. The difference between Biarritz and Bayonne was striking, however. 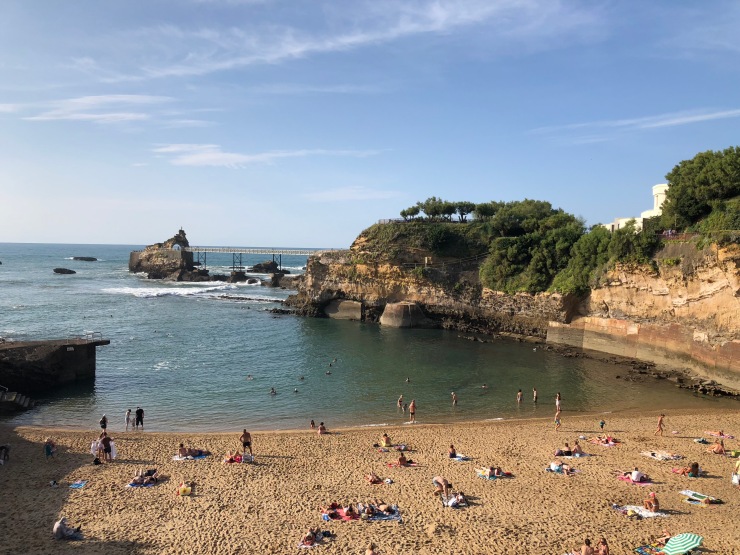 Getting There: The main airport in Biarritz is accessible via public bus to the main part of town (just 1 euro for the ride). If you’re coming from elsewhere in the Basque region, it will probably be easiest (and cheapest) to take a bus. I paid 5 euro for a Ouibus from San Sebastian to Biarritz, which was just over an hour and dropped me at the airport. There’s a local bus that runs between Biarritz and Bayonne (also 1 euro).

Where to Stay: The tourist area in Biarritz is rather small (smaller than I expected) and generally centered around the two main beaches. Biarritz is known as a fancy beach town and it’s definitely a bit more expensive here. I found a rather inexpensive room at Hotel le Saphir which was also very close to the beach. However, for what I paid for the room, it was not much. I really loved the location and being close to the water, but I wish I had been able to find an apartment during my time in Biarritz. 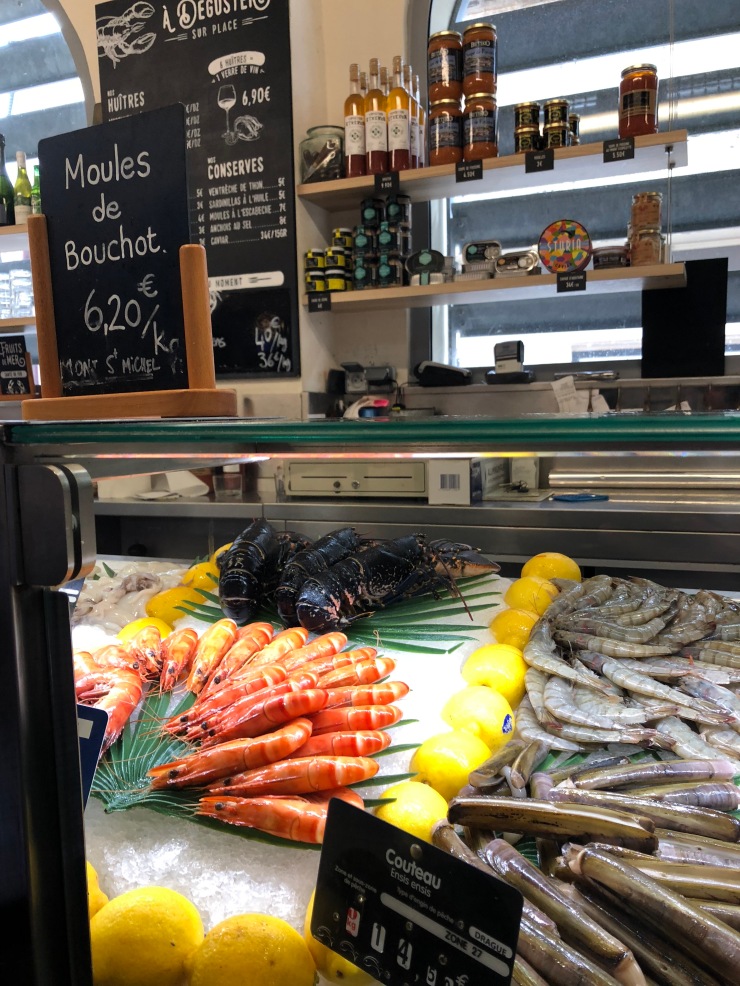 I only spent one night in Bayonne because I wanted to spend more time in Biarritz at the beach. Bayonne, however, is a really nice Basque city and I was glad to have not skipped it entirely. It feels quite different from Biarritz though only a short bus ride away. There was quite a bit of Basque signage/graffiti in Bayonne….and I saw none in Biarritz. 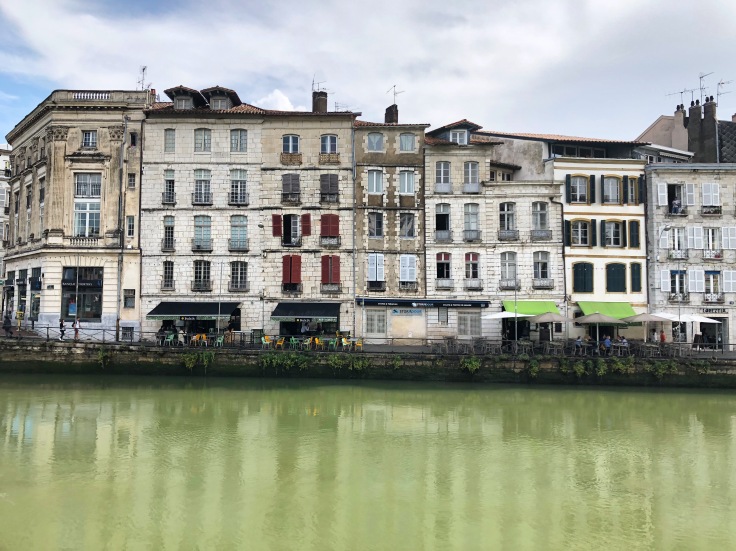 Getting There: I took a bus from Biarritz to Bayonne for 1 euro and it was very easy. Also possible to take the bus from the airport in Biarritz. There’s a train station in Bayonne that connects the city to other parts of France – it’s about 4 hours on a direct train to Toulouse. There are also bus and train options to/from Bordeaux (2-3.5 hours).

Where to Stay: I opted to stay close to the train station because I was only staying one night and had a 10:30 train out the next morning. However, if I were to spend more time in Bayonne, I would stay closer to the center of town on the other side of the Adour River. There was not much to do near my hotel and the restaurants, shops, and sights all seemed to be on the other side of the bridge.

My hotel gave me a tourist map with a bunch of recommendations for sights to see so I quickly added them to my Google Map and planned to just do an afternoon tour of Bayonne once I had lunch. The town is pretty small so it’s easy to see a lot of the sights quickly. Walk along the old city walls and see the Porte d’Espagne and the Botanical Gardens. See the Chateau Vieux and the Cathedral (and its cloisters).

Basque Museum – After a week in the Basque Country, it felt like I should try learning more about this region and its culture. The museum is interesting, but the signs are only in French, Spanish, and Euskara…so I did my best to understand in French. I am definitely fascinated by the Basques and want to learn more about them from the little time that I spent there. 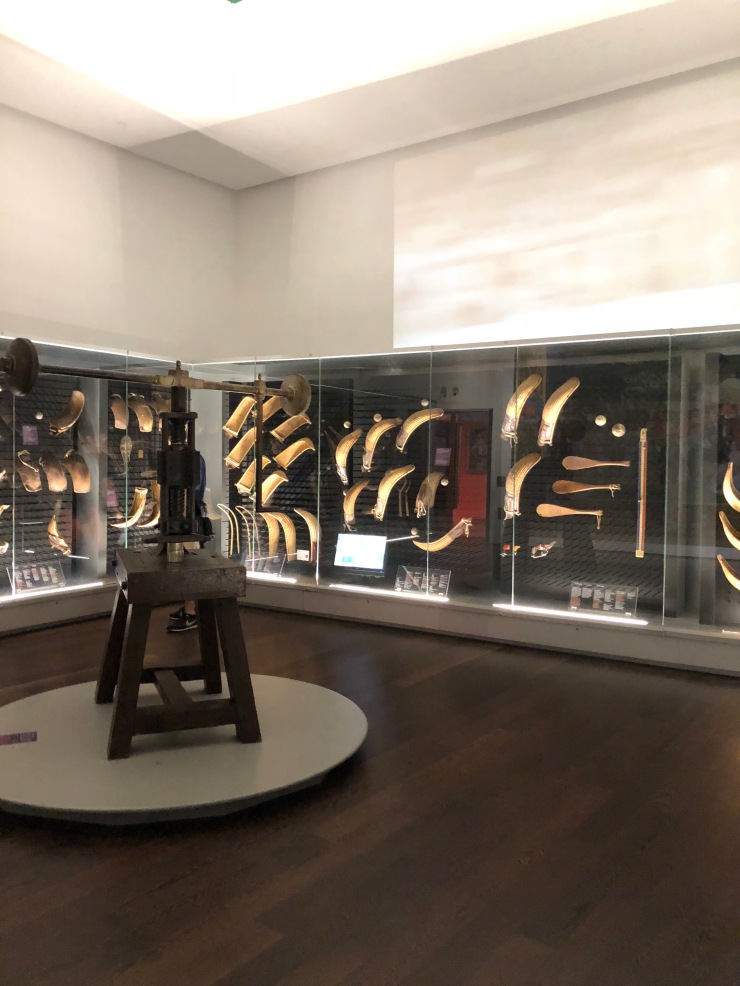 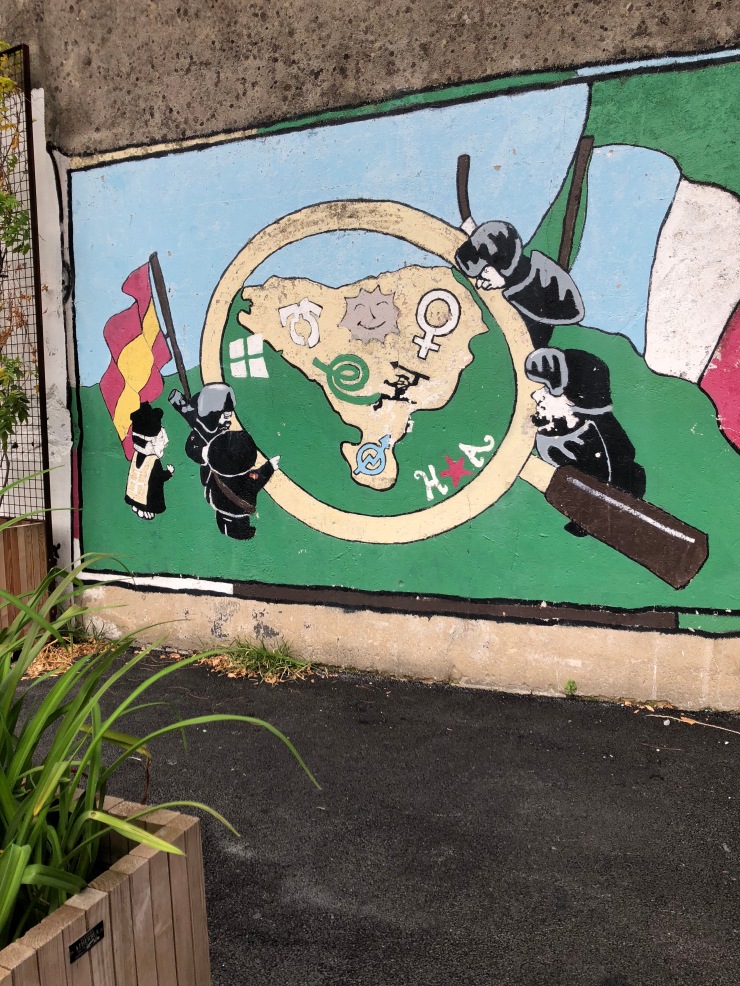 There are a number of restaurants along the river which are perfect for lunch or dinner. There’s a market as well, but this is pretty small (smaller than the one in Biarritz) and only open until 2pm.

If you haven’t tried gâteau Basque yet, try it in Bayonne!

Get some chocolates! I had some excellent (though a bit expensive) chocolates from L’Atelier du Chocolat. Daranatz is also recommended.