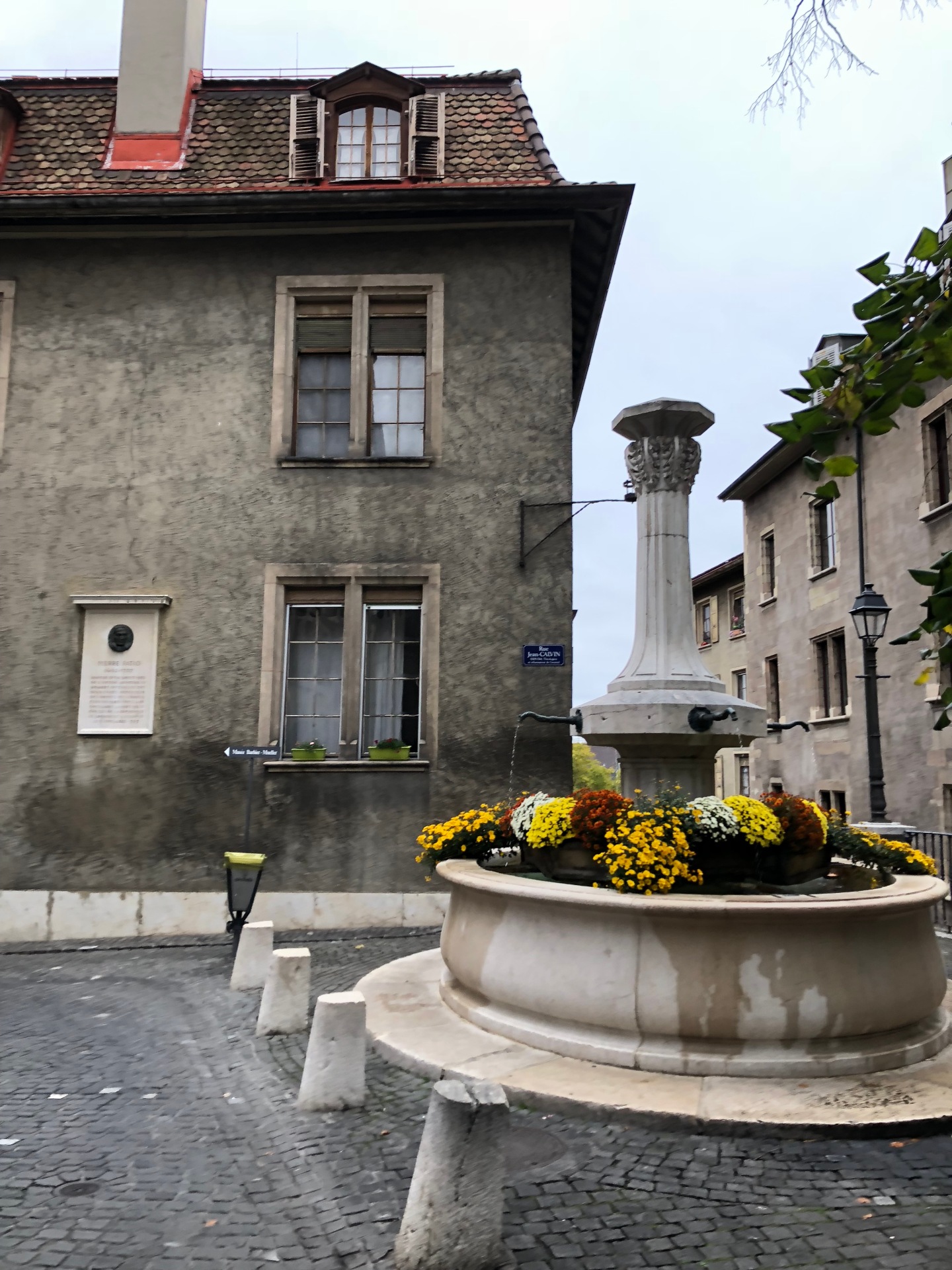 I wound up in Geneva as a bit of a surprise. As I was moving from Lyon to London, I found a bunch of good deals on flights from Geneva to London. And getting to Geneva from Lyon was actually quite easy as I found a cheap Flixbus for 12 euro. So…I suddenly found myself with a few days to spend in Switzerland.

Everything is super expensive in Switzerland. I had heard this but was not fully prepared for just how inflated the prices for things would be. It was tough to find meals that were less than 20 CHF (and CHF and USD were about 1:1 while I was there). Since I was trying not to spend a lot of money, I did what I could to be cheap while I was there…

Getting There and Around: Very easy to get to Geneva as the airport is well connected to the rest of Europe. As I mentioned, I actually took the bus from Lyon which was not expensive and very easy. There are also many train options from France, Italy, Germany, and other parts of Switzerland. Both the bus and train station are centrally located once you arrive in Geneva. The public transit system in Geneva was super efficient and quite easy to use. This was probably my favorite part of the city! 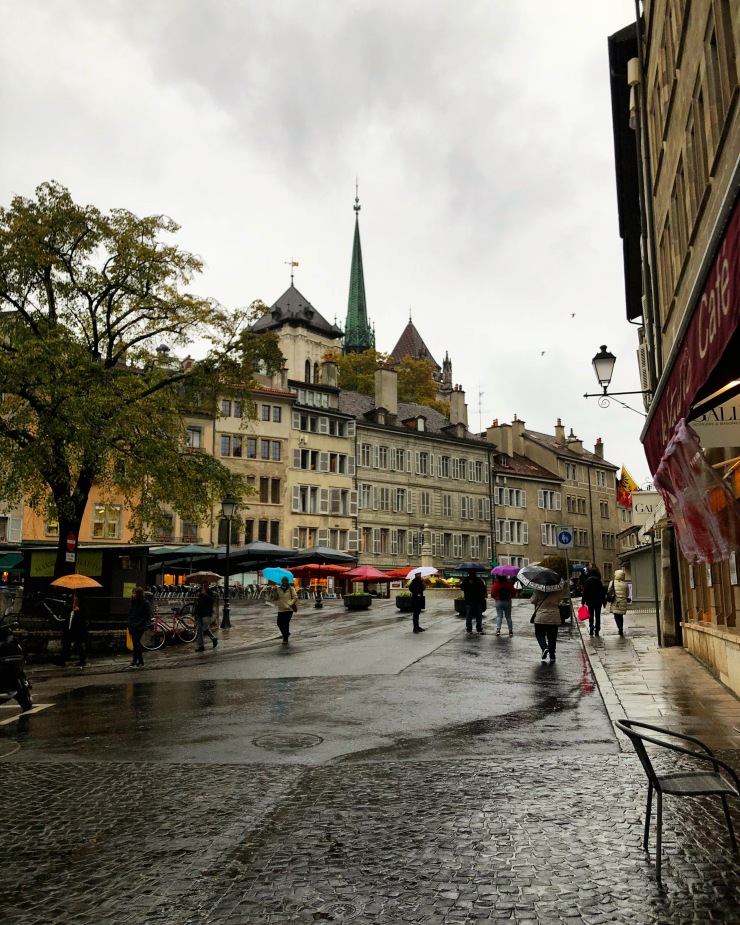 Where to Stay:  I found a good deal at NH Geneva City for 2 nights. I like the NH hotels (I stayed in one in Madrid) – this one was just a bit outside of the city center, but it was easy to get to the main sights from the hotel via public transit. The hotel also offered a free public transit pass to use during my stay which was awesome (apparently all hotels, hostels and campsites offer these!). I really liked this hotel and the location – easy to also get to the bus station, train station, and airport (via bus) from here.

Things to do: I was in Geneva on cold, rainy days so I admittedly skipped a few sights due to weather or timing (ie the museums were all closed on Monday which is when I had some time to kill in Geneva). I can imagine that this is a lovely city to visit on much warmer, drier days! The views around the lake are sure to be stunning on a sunny day.

Day trips: I did a bunch of searching around to figure out which day trip to take. I only had one day available and since it was raining in Geneva, I decided to jump on a train and get out of town.

Around the Lake; There are a number of towns along the coast of Lake Geneva that you can easily visit and it’s worth getting out of Geneva to see these beautiful cities. If the weather is nice, you can take a boat from Geneva around the lake to the other towns. It’s also possible to take the train, but the views aren’t quite as nice.

Montreaux – I opted to take a day trip here (followed by a few hours in Vevey). It’s a small town where you can spend a few hours, but the main reason to come here is that you can easily visit the Chateau Chillon from Montreaux either on foot or by bus. The walk from Montreaux is about 50 minutes – it’s an easy walk along the lake with gorgeous views. The castle, which dates back to the 12th Century, is really nice to visit – you can spend about 2 hours there walking through various courtyards and buildings. There are also nice views of Montreaux from the castle.

You can also visit the Queen Experience at the Casino in Montreaux – this is located in the former recording studio that Queen bought in the late 70s and recorded multiple albums at. It’s free and worth stopping for a quick visit! 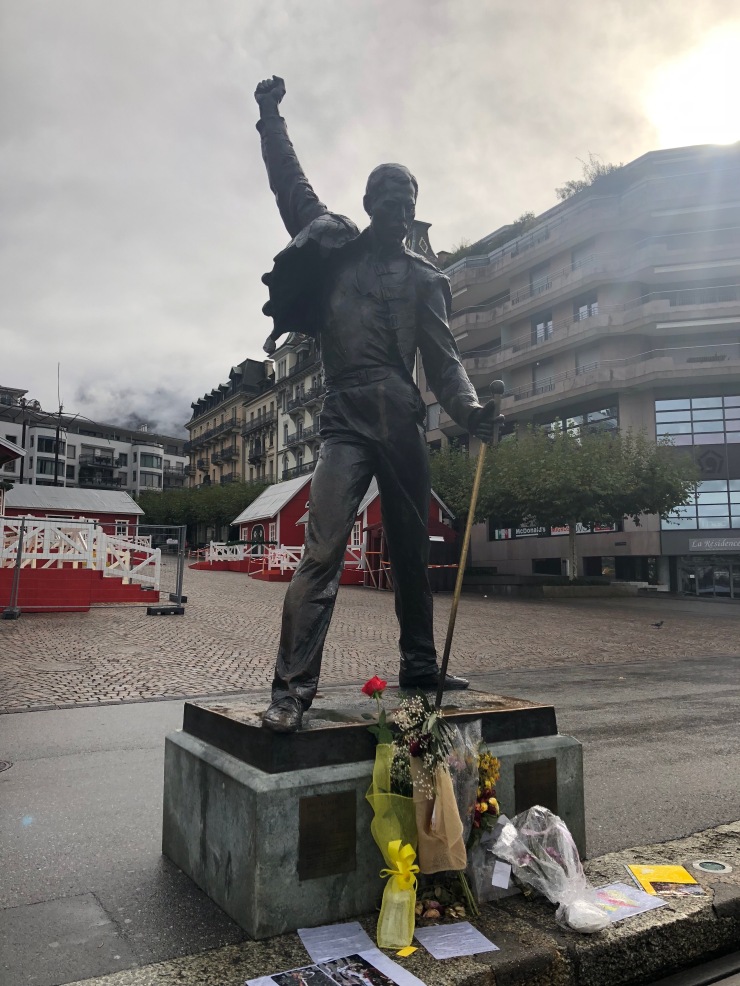 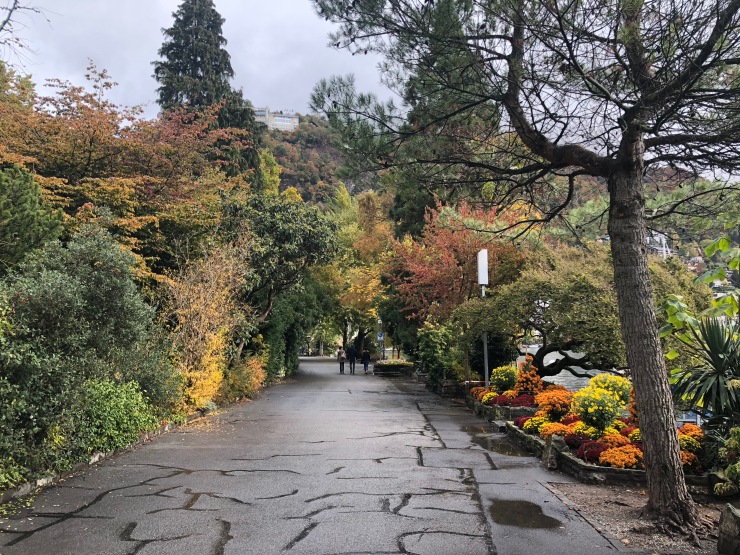 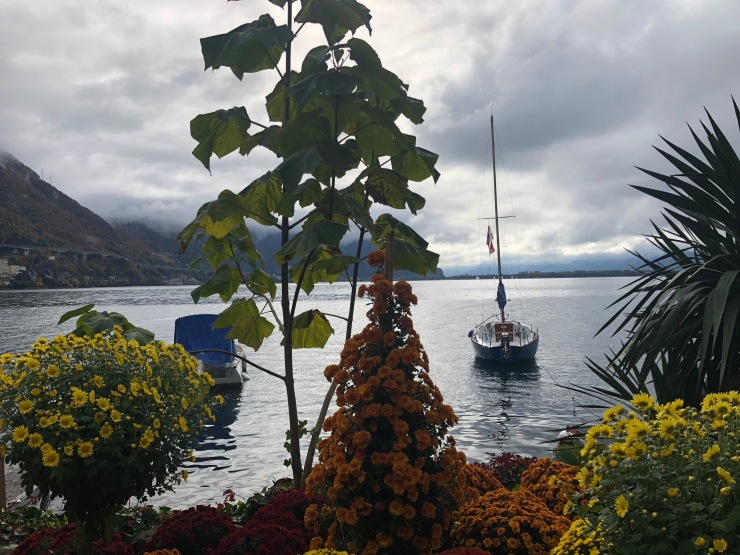 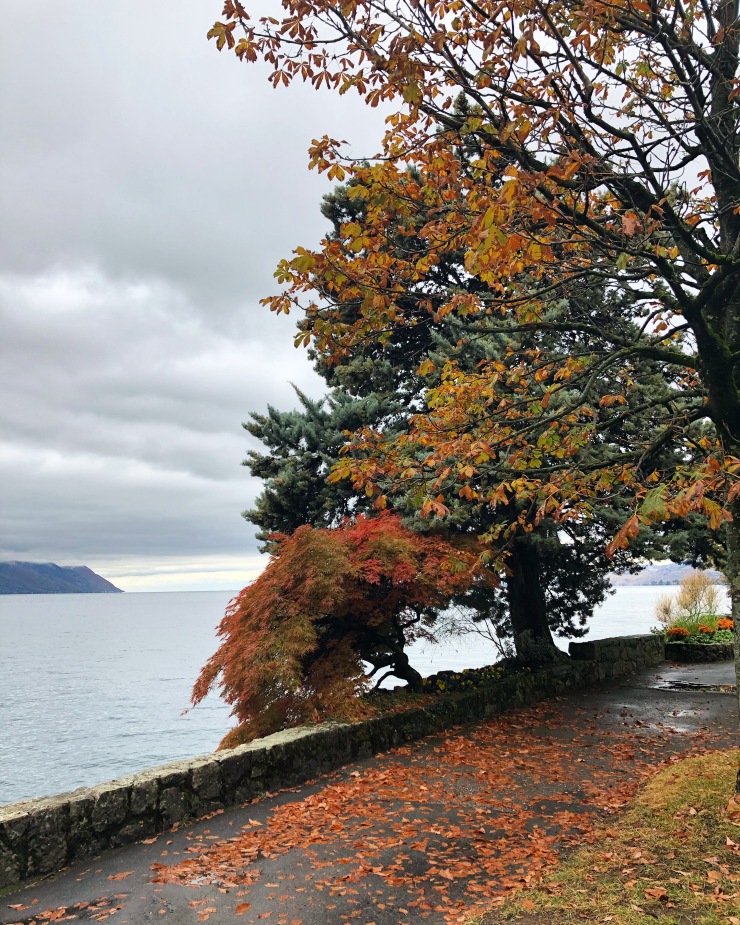 Vevey – I was convinced to come here by some travel forums I found, but I was a bit disappointed. Would have preferred to visit Lausanne I think. Not much to see and since it was a Sunday, most of the places were closed so I didn’t have much to do or see. There is a food museum here (as well as the famous fork statue in the water just across from the museum), but it’s a pretty quiet town.

Lausanne – This is the location of the Olympic Museum which you can visit if that’s your thing. There’s also a photography museum, botanical gardens, and lovely parks to explore. I wish I had had more time to visit this city!

Annecy is a short train ride from Geneva. It’s called the Venice of the Alps due to its canals winding around the city.

Chamonix is the home of Mont Blanc and famous for its skiing.

Eating/Drinking (Is Expensive): Admittedly I tried not to go out much since I was trying not to spend a lot of money. I was able to buy some groceries at the supermarket nearby and had room in the minibar fridge for a few things.

If you do go out, be prepared that main dishes will cost more than $20, likely around $30+. And this is at average restaurants. Buying a coffee will cost at least $5.

Chez Ma Cousine has a few locations in town and is a very reasonable option for meals. Everything on the menu is under $20 and you get a lot of food. Definitely the best value that I saw. I had the roast chicken lunch with salad and potatoes for $16. Drinks were also less expensive here. And it was very tasty!

The Cafe du Soleil offers some more traditional Swiss options at a reasonable cost (and in a quaint setting). It’s a bit further away from the main area of town, but close to the UN area if you are nearby.