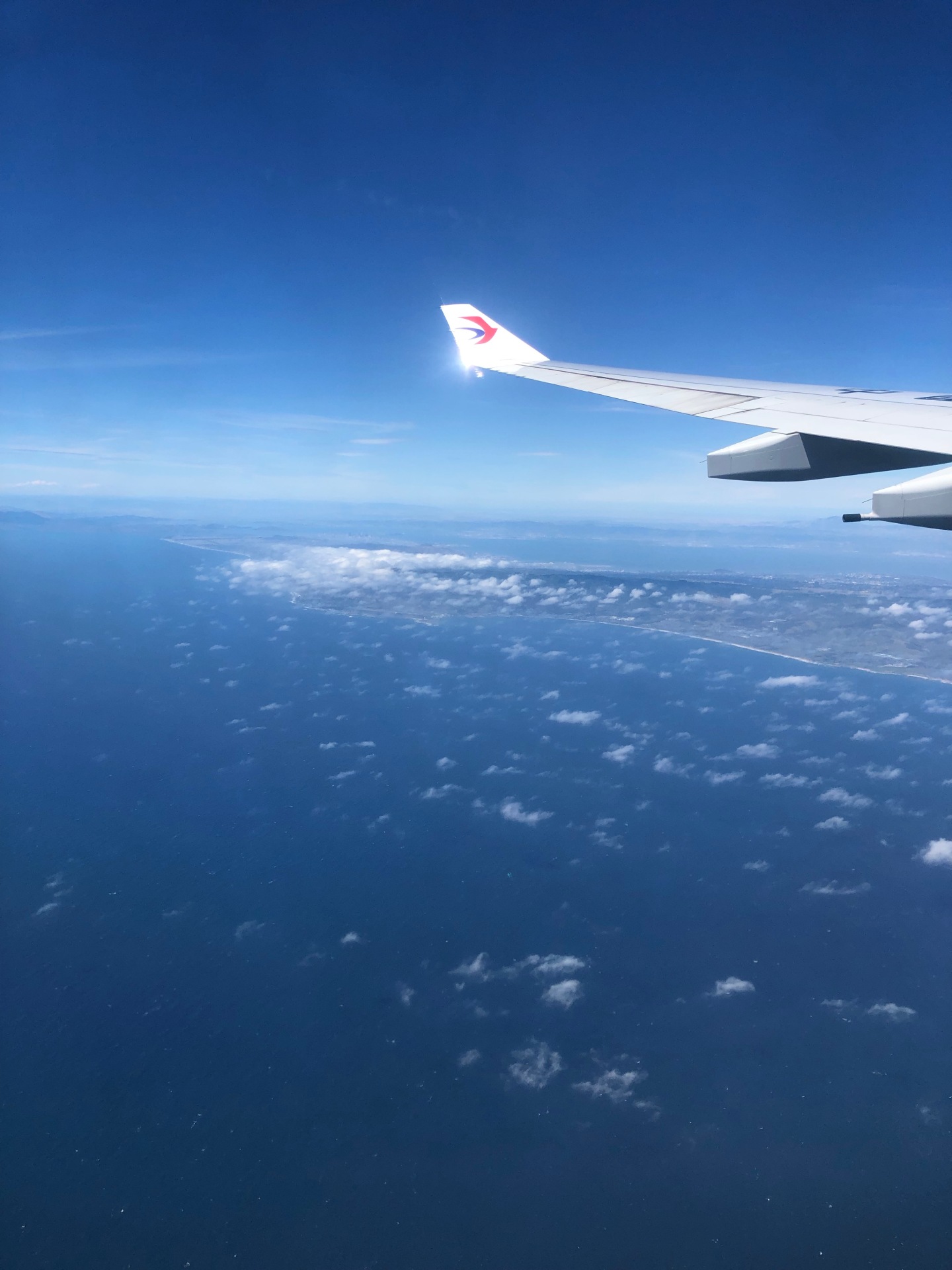 Rather than go straight back to New York from Asia, I decided to spend a few weeks at the end of my self-care sabbatical visiting friends and family in the US. Due to its location on the West Coast, I decided to make San Francisco my re-entry point. It seemed like an easier journey than going to Chicago (my next destination) or New York.

I was only partly right about that easier part.

Yes, the trans-Pacific flight is shorter if you are landing in San Francisco vs somewhere in the Midwest or East Coast. But when you are being budget-conscious while still trying to fly SkyTeam airlines out of Seoul, it’s not quite so easy. I had opted to fly China Eastern since it was the cheapest SkyTeam option; Korean Air flights were direct but nearly $400 more than the one-stop CE flights. My decision was simple.

But my travel plans were not. When I left Seoul (quite early in the morning – which was ill-planned because that airport is far away from the city), I had to take a short, hour-long flight to Qingdao where I would have a five-hour layover. Sure, not ideal to have all this time to hang out at the airport, but it wouldn’t be that bad. With my SkyMiles status, I would be able to hang out in the lounge and kill time with some snacks, some wine, and Netflix/a book/whatever. In my head, I imagined a slightly less nice version of the China Eastern lounge at the Shanghai airport which, if you have never seen it, is excellent. (Two floors, lots of food and drink options, showers, massage chairs – a pretty great spot if you have to kill a few hours at the airport.)

Qingdao was not excellent. It all started when getting off the plane and getting onto one of those buses that ferries you from the tarmac to the terminal. It was rainy. I quickly scanned the crowd on the bus and realized I was the only non-Asian person on the bus. At least the announcements on the bus were partially in English. When we arrived at the terminal, I expected an easy trip through Customs. Since I was just staying in the airport for a transfer, I didn’t think I would have to go through the general immigration process. I was wrong. The transfer desk was closed. After finding one airport employee who sort of spoke English, I learned that I would have to join the crowds at the fingerprinting scanners before moving forward. Once scanned, I repeated over and over that I was just there for a transfer. No, I did not have a visa. I wasn’t staying. I just had to sit at this airport until 2pm before I could leave. Why was this so difficult?

Someone finally stuck me in a special queue off to the side where I joined three other men also, apparently, just there for a transfer. My passport was taken. Five minutes later, when it was returned, I followed those three men to another line marked “Chinese Nationals” and endured another round of questions from the Immigration agent. Who knew a transfer would be so difficult? (Okay, after 7 months in Asia, I should have expected this.)

But then I was through! I could retrieve my bag and check-in for my flight to San Francisco and chill at the lounge and maybe take a nap…

Except that the flight check-in would only open two hours before the flight’s scheduled departure time…which meant I had three hours of sitting around before I could even check-in or find a lounge or whatever.

The old me would have been quite annoyed and in a bit of a huff. The new me was annoyed but knew that there was nothing I could do but wait. I had become skilled at waiting around like this from months of traveling. Here, on my last day of traveling in Asia, I would have just another travel day of sitting around and killing time. It was almost…normal?

Fortunately, I had had the foresight to download a bunch of Billions episodes on Netflix and so I found a comfortable spot to sit and stare at my phone. As soon as the check-in opened, I was there in line and ready to go. I sped through security, at least as quickly as one is able to do so, and hurried to find the lounge. I was hungry and still had time to kill and eager to find a comfortable space to chill out.

When I did find the lounge, it was…not quite what I had imagined. Rather than the comfort and spaciousness of the Shanghai lounge, the Qingdao lounge was tacky and outdated and just sad. The food, set up as a lunch buffet, would only be available for another hour before it was taken away. There were refrigerators with sodas and a few half-opened wine bottles sitting around. I took advantage of the limited time on the buffet, filling a plate with an assortment of fried chicken, rice, salad, tofu, and curried potatoes (the fried chicken was the highlight) and washing it down with half a paper cup of crappy Chinese red wine and a small bottle of Tsingtao. Aside from the buffet, there were mini-packets of crackers and other snacks in bowls around the lounge. A large flatscreen TV hung haphazardly on the wall. Christmas and Chinese New Year decorations were still hung on the walls (this was June) and flight updates and delays were primarily noted on a whiteboard at the front of the lounge.

I knew all about these flight delays because my flight was the only one that day that seemed to be delayed. For four hours we were delayed. That’s about 5 hours spent chugging crappy red wine out of paper cups in that dreadful lounge. I tore open multiple packets of Chinese snacks and binged episode after episode of Billions. In the end, all I could do was laugh. This was exactly how my last travel day in Asia would play out: confusion, delays, disappointing lounges that I had been so excited about.

On the plus side, the flight was not full. Apparently, not that many people are flying from Qingdao to San Francisco. I had a small row to myself. I spread out. I drank more red wine – this time out of plastic cups. I ate what was basically the same meal of rice and meat twice during the flight. I tried, unsuccessfully as always, to sleep. And I caught myself being really excited to return to the US.