My flight from Hong Kong did not arrive in Chiang Mai until later in the evening so it was dark as I was driven to my hotel. I saw temples illuminated around the city, but otherwise, it was hard to really get a sense of the city. After checking into my hotel, I found the closest place open for dinner, ordered some khao soi (the specialty dish in this area), and tried to settle into Thailand.

The next morning, I was ready to explore the city and I was loving everything about it. From the fresh fruit, endless stalls of fruit smoothies, and numerous cheap massage places, I was in heaven. This is a place where I can live my best life for $20 a day. I was hooked. I had booked 6 nights in Chiang Mai which was probably a day too much, but it meant that I could spread out my sightseeing and didn’t feel like I had to rush.

From that first day, I found myself melting into Thailand and understanding why tourists flock here. Even though Chiang Mai is quite busy and touristy, it never felt obnoxious. There is something about this city and its energy that I really loved.

Visit temples but be wary of temple fatigue! 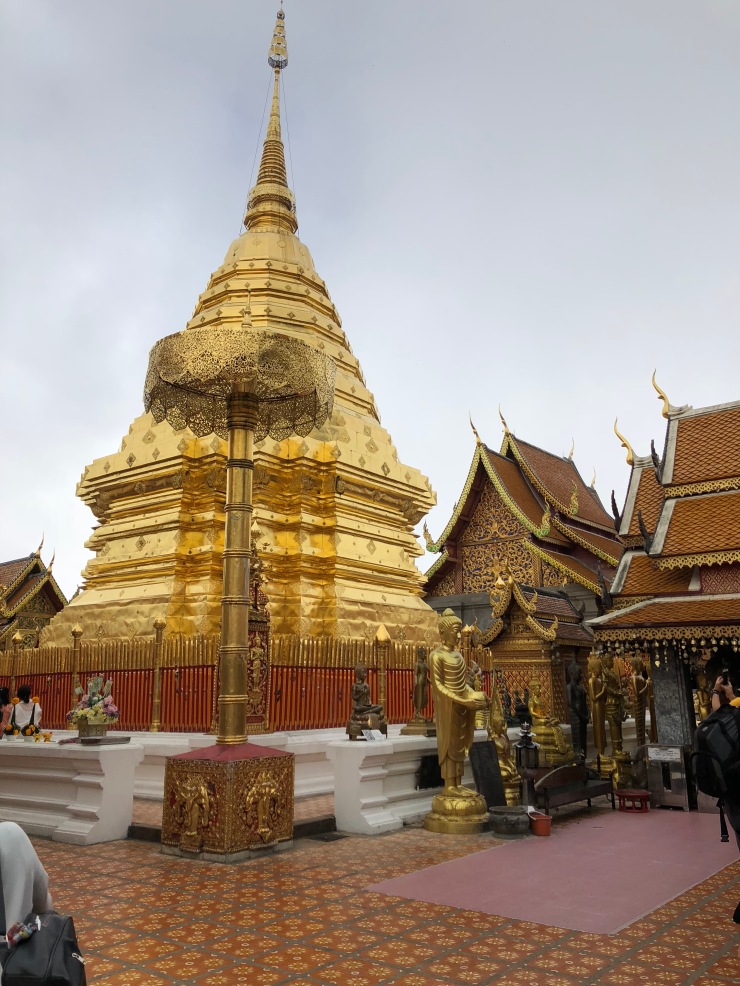 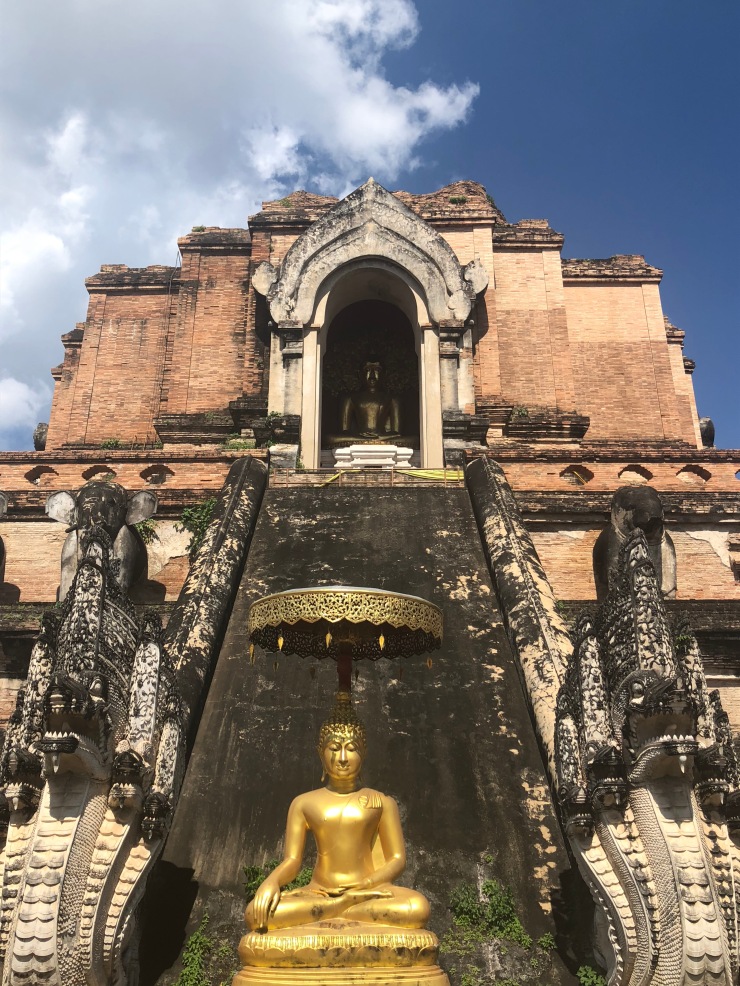 Get massages – this is a must for all of Thailand. They are so cheap! Most places are identical – don’t stress about finding the best place, just try a few and come back to the one you like. I really liked Lana Thai Massage which has a ton of locations around the city.

Visit the Lanna Folklore Museum before you dive into this part of Thailand. It gives a nice overview of the Lanna culture and provides a cool place to avoid the sun while walking around Chiang Mai.

Sunday Night Walking Street Market – This is massive and pretty crowded, but it’s fun to check out. Like many other markets in Thailand of course, but I never saw another on this scale in this region. Many places offering massages here too.

Visit an elephant sanctuary. Do your research and find a reputable sanctuary. I chose Elephant Nature Park which offers full day, half day, and overnight visits. I did one of the off-park programs which meant we didn’t actually visit the park, but we did get to spend a day with 3 elephants feeding and bathing them, as well as learning more about the work the sanctuary does. This was one of the highlights of my trip to Thailand and I would highly recommend it!

If you’re in the mood to do some yoga, check out Freedom Yoga close to the night bazaar. Nice classes, free mats and fruit – 250 baht per class.

Take a cooking class – this is a fun way to learn more about the cuisine of northern Thailand. I took mine through Thai Farm Cooking School ($45) – we made so much food and it was a lot of fun. Joy, our teacher, was excellent! 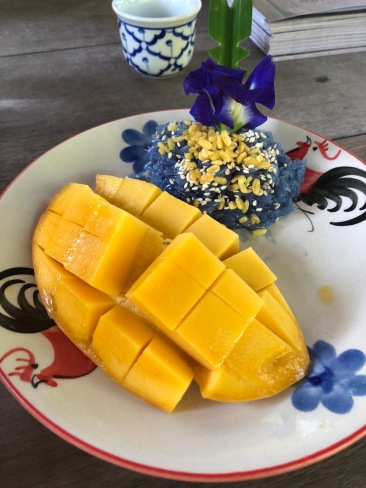 All of the Eating:

Check out the nightly markets at the North and South gates. The South gate market on Saturday night is massive and pretty busy. I suggest getting the stewed pork from the lady next to the Cowboy Hat lady…it’s better. Apparently, Mrs. Pa’s smoothies are the best in Chiang Mai (South Market). She was not there when I went!

I would skip the night bazaar…I really wasn’t that into it and it felt very overpriced in terms of food. (If you have time, go, but I would not make it a priority)

You have to eat Khao Soi. At least once if not more. The best I had in Chiang Mai was at the South gate market. It’s Good Kitchen has a good khao soi. Right on the walking street.

Enjoy all of the amazing fruit and fruit shakes. I couldn’t get enough.

Get breakfast at Blue Diamond. It’s a super chill place in the old city with Thai and Western food. I really enjoyed their breakfast platters and fresh fruit plates. Not as cheap as other places, but quite tasty. They also have a bakery inside that looks and smells amazing. Didn’t try any of the baked goods, unfortunately.

I did a food tour through Chiang Mai Food tours and it was pretty cool. I only wish I had done it on my first day! If you are solo, this is a good way to try a lot of things at the market without eating too much! 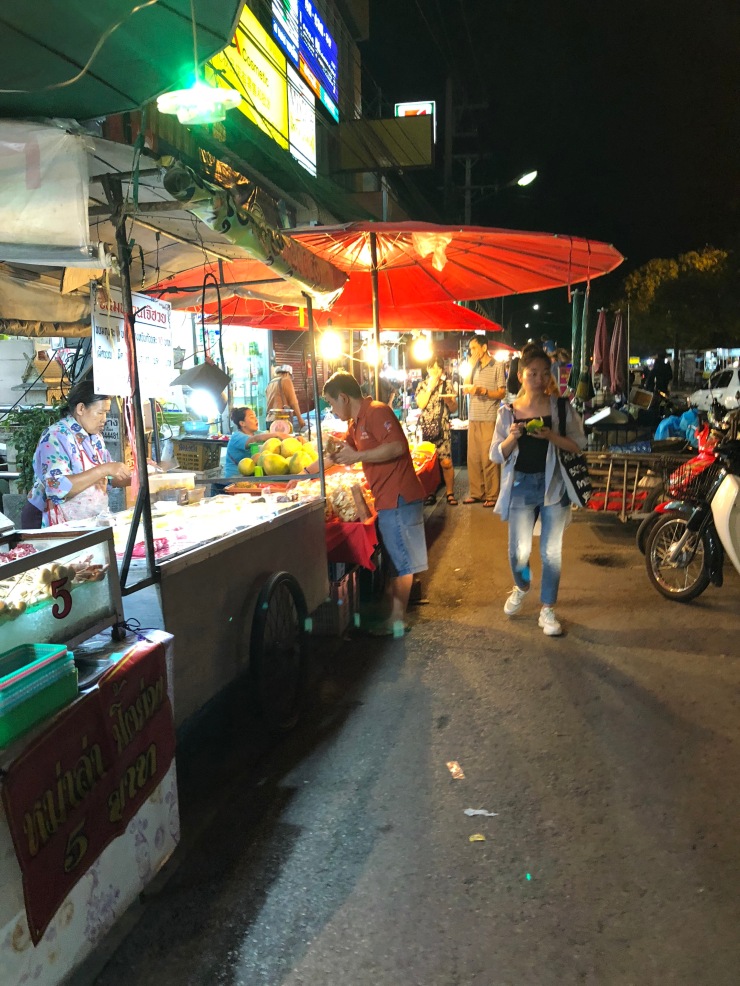 Getting There and Around: You can fly into Chiang Mai from many cities in Asia (many people come from Bangkok). It was easy for me to find a flight from Hong Kong here for not too much money via Hong Kong Express.  To get around, you can walk or take tuk-tuks and songthaews. Tuk-tuks are great if you are solo or just with one other person. Songthaews are larger and best for groups or if you are solo and want to share a ride with some other folks – this will be cheaper than taking a tuk-tuk. Best to hail a songthaew if you are trying to get to a further part of Chiang Mai (outside of the old city).

Where to Stay: There are tons of accommodations and Chiang Mai is rather large. That said, on the first visit, would suggest staying in the Old City. Most of the things to see are in and around the Old City. If you want to get out at all, it’s easy to find a songthaew or tuk-tuk to take you around. Nimman is the trendy “digital nomad” area and there are places to stay around here. One thing I would note – crossing the streets around the Old City Gates can be a pain. So would suggest a place inside the gates rather than just on the edge (but outside of the Old City). It just seems like it would be a hassle.

Also, it’s hot in Thailand (especially in Chiang Mai!). I’d suggest finding a place with a pool if possible. I stayed at Nanya Hotel which was perfect because it was cheap, had a pool, and included a free breakfast snack (it was toast and instant coffee but it was better than nothing).