A friend who had been living in Asia for the past two years was offering some Southeast Asia advice. Her first and most important tip was not to fly to Bangkok directly.

“Don’t go to Bangkok first,” she warned. “You’ll have to go there eventually. But it will be too much at first.” Instead, she suggested Hong Kong or Singapore as my first stop where I could then fly into Northern Thailand.

This sounded smart. And I had never been to Hong Kong, wouldn’t be going to mainland China, and it would be easy to get there from New York.

I am SO GLAD I followed her advice! By the time I arrived at my hotel in Hong Kong, I had been traveling for more than 24 hours. My flight had a 3-hour layover in Shanghai (where I’d fortunately had lounge access) followed by the short flight to Hong Kong. I had barely slept on the 14.5-hour flight from New York. I felt like a zombie. I’d missed Friday. It was now midday Saturday, I felt disgusting and exhausted, and I had to power through my first day to fight the jet lag. It was going to be rough. 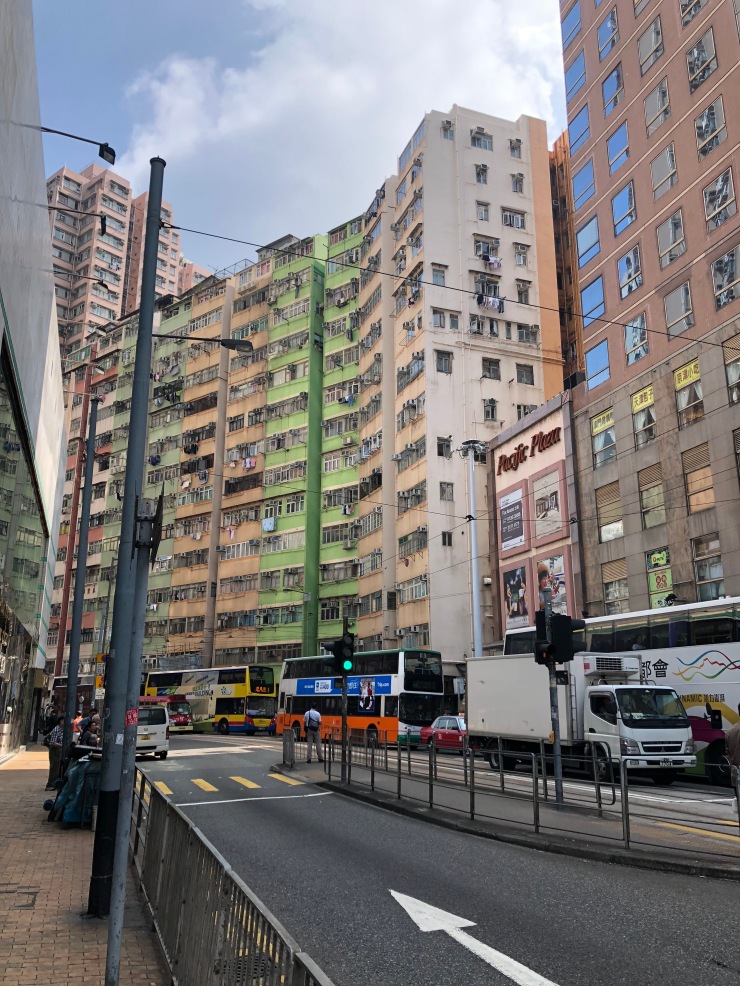 I got myself cleaned up and out on the streets of Hong Kong. For the first time in a long time, I was nervous about finding a place for lunch and generally sort of getting around. Sure, I had tons of tips and recos and this wasn’t really that different from being in Paris or Madrid…but this was my first time in Asia. It just felt so different. I couldn’t rely on conversational French or basic Spanish.

For that first day, I stuck to my recommendations and found a quick lunch of fish cake noodles at Tsui Wah, a local chain. I was ushered to a shared table and quickly located the noodles I wanted (along with some milk tea because I didn’t know what it was but it seemed like something I should try). My food came in less than 5 minutes. I was back out on the street in 20 minutes.

This was not Europe.

The rest of the day was a bit of a struggle to stay awake. Basically, I kept walking around to keep my energy up, forcing myself to keep moving even though all I wanted to do was go back to the hotel and crash. I made the (poor) decision to get in line to take the Victoria Peak Tram that first night and, after nearly 2 hours of waiting in line, I was shoved up onto the Sky Terrace with all of the other tourists. I could barely enjoy it because all I kept thinking about was getting back to my hotel (and calculating how long it would take). By the time I finally did get down, it was much later than I planned (nearly 8:30pm). I was sleepwalking as I boarded the tram back to the hotel.

But the next morning, Sunday, I was like a new person. I was ready to get out and explore. To eat all of the food. To see as much of this big city in the 2 full days (and one morning) I had left. As Sunday afternoon rolled around, I was totally falling for this city. I had never had much interest in coming here and now I was eyeing the Westerners who lived in HK with a bit of envy. It continued to be overwhelming, particularly anywhere with a large crowd, but it was also super charming and delightful. I began to get excited about returning at the end of my trip before my flight to New York, already plotting out what I would do during my return visit.

Getting Around: My favorite thing about HK was the public transit. Everything felt so efficient (ESPECIALLY after being in New York for a few days). The subway was easy to use, the double-decker trams were quite cute, and I even managed to take some express buses a few times. Getting to and from the airport was incredibly easy on the Airport Express (you can buy your ticket online in advance of your trip here and get a discount on the price!). Even the Octopus card for the transit system was easy and could be used at a variety of other places like 7-11. Taxis are not very expensive either so you can hop in one if you don’t want to deal with the public transit. 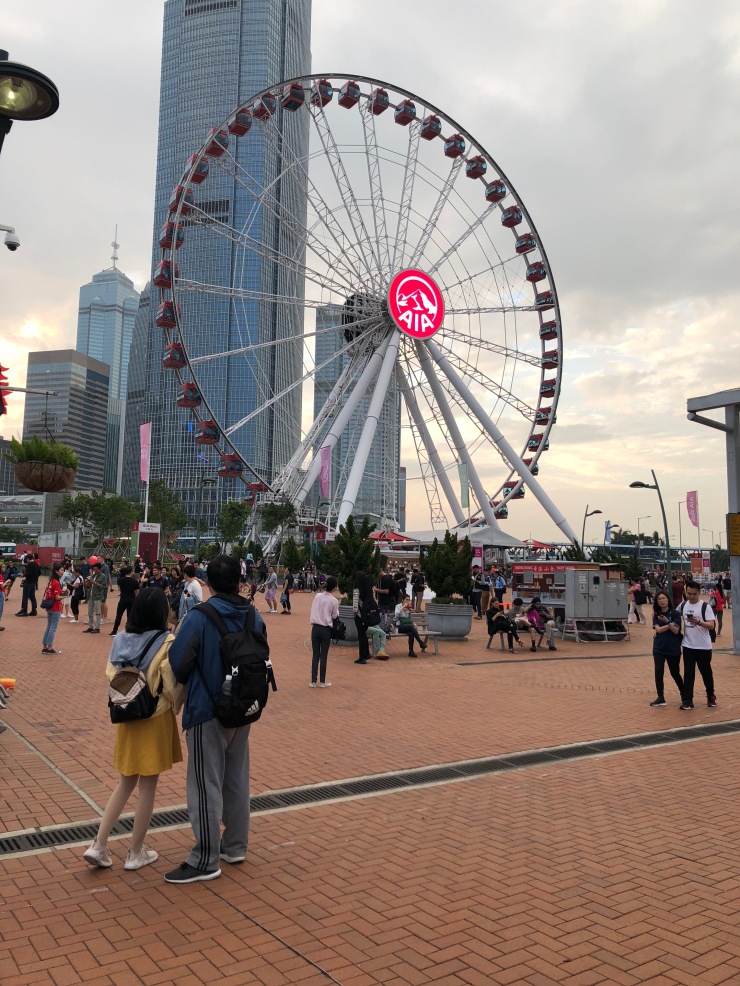 Where to Stay: I was not at all sure what area would be best for a first-time visit to HK. I ended up staying just west of Central at the Courtyard Marriott (I had some Rewards points to burn), and I loved this hotel and area. I found this post helpful in choosing where to stay.

Things to Do: I only had a few days and I doubt I scratched the surface with what to do in HK! 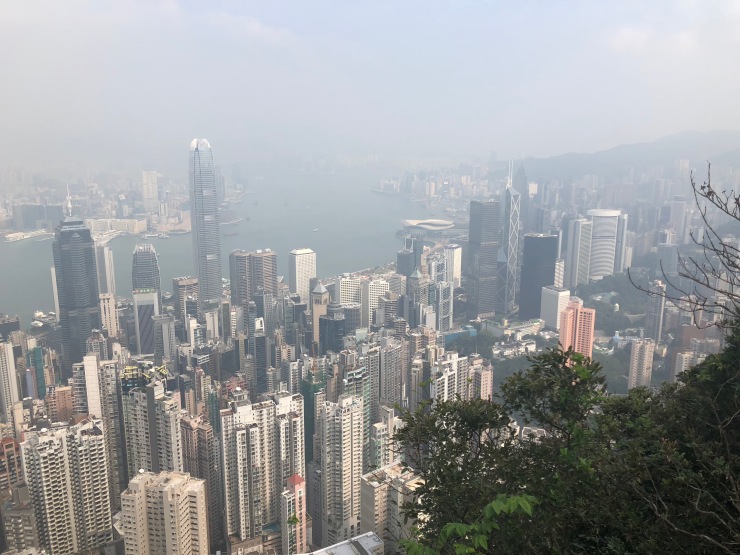 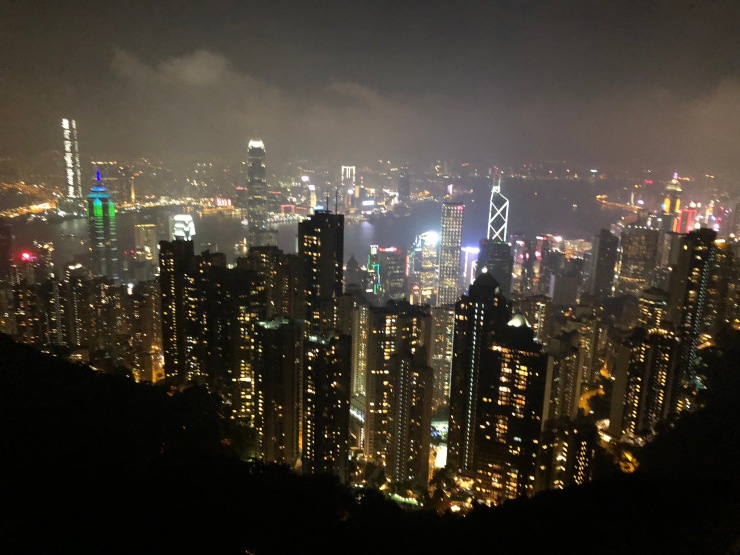 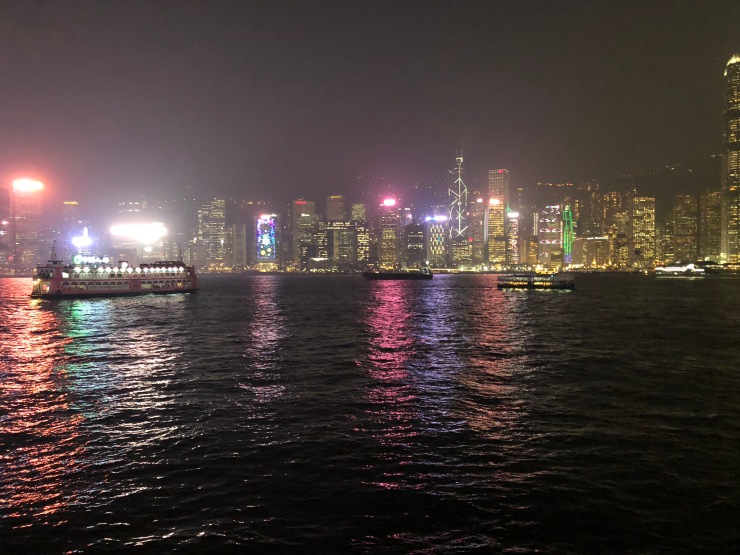 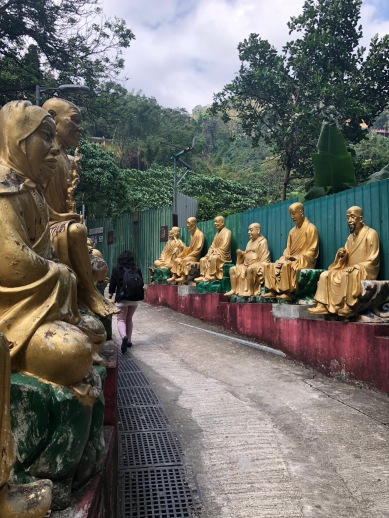 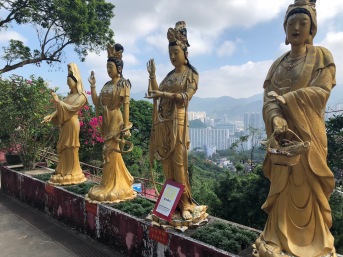 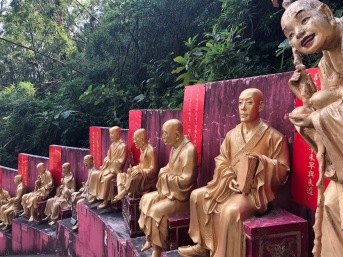 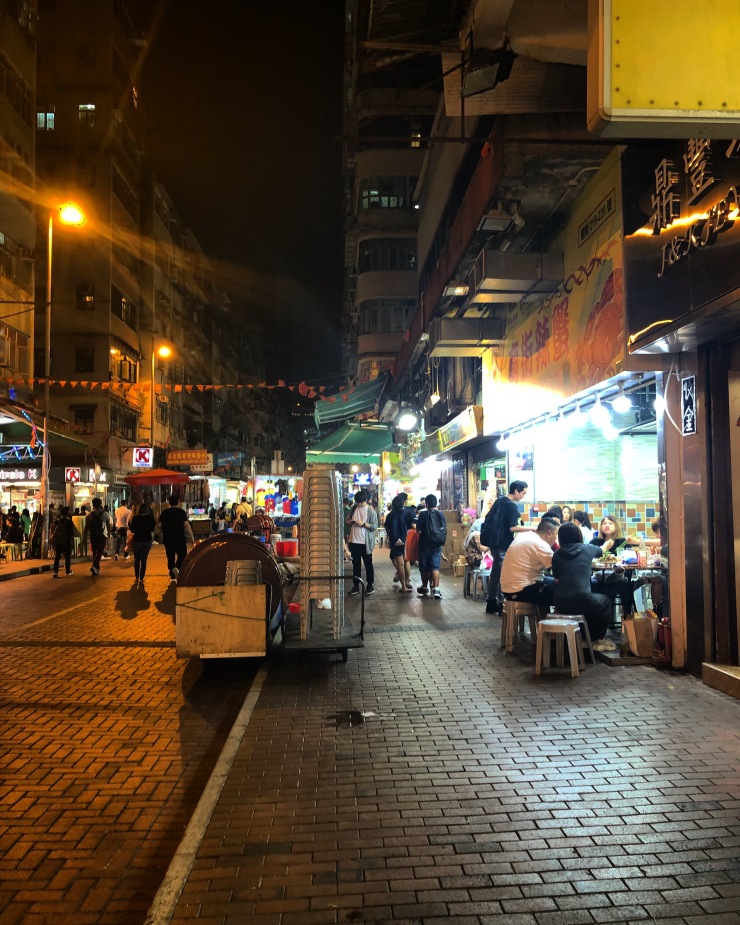 Most of the recommendations I received from friends were places to eat. There is so much to try and I was overwhelmed at first. I wanted to try everything! 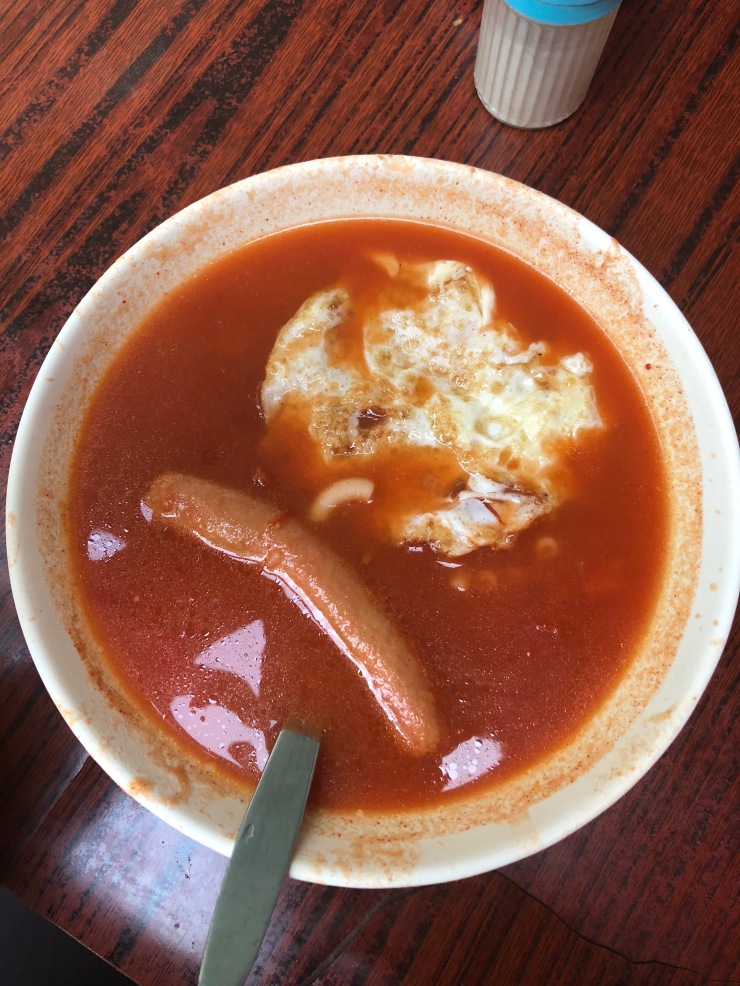 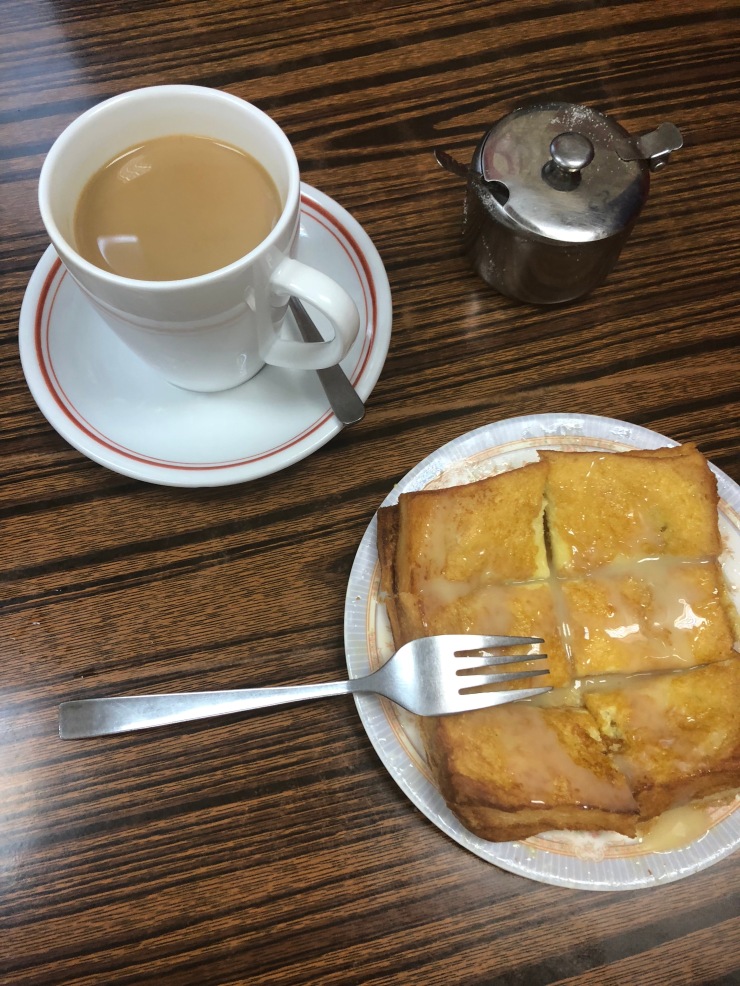 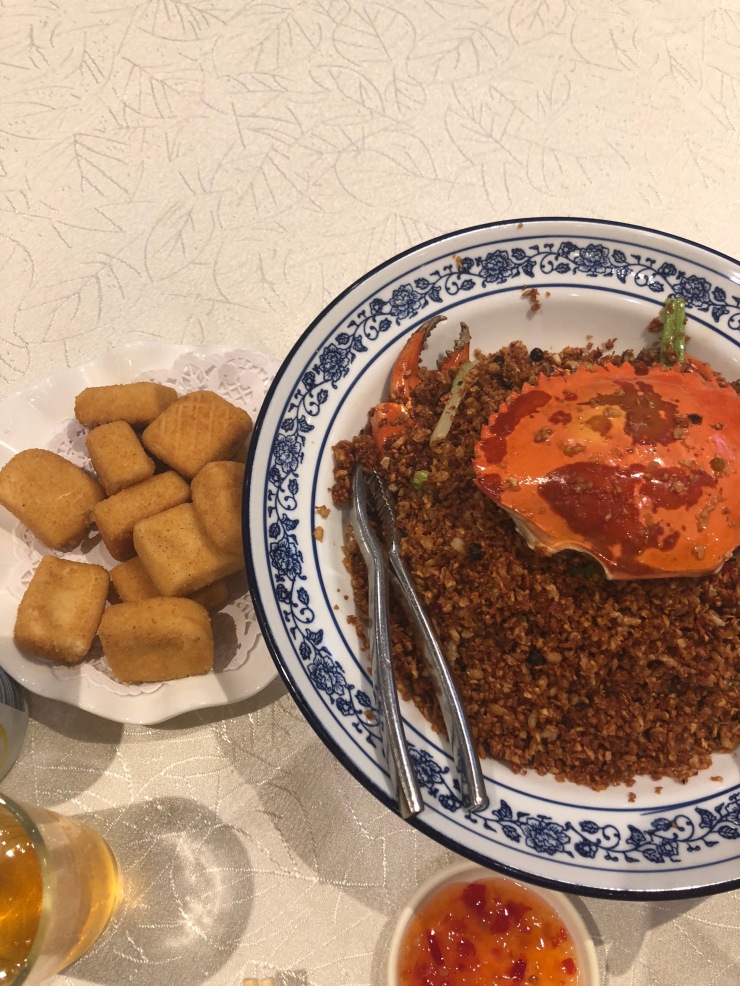