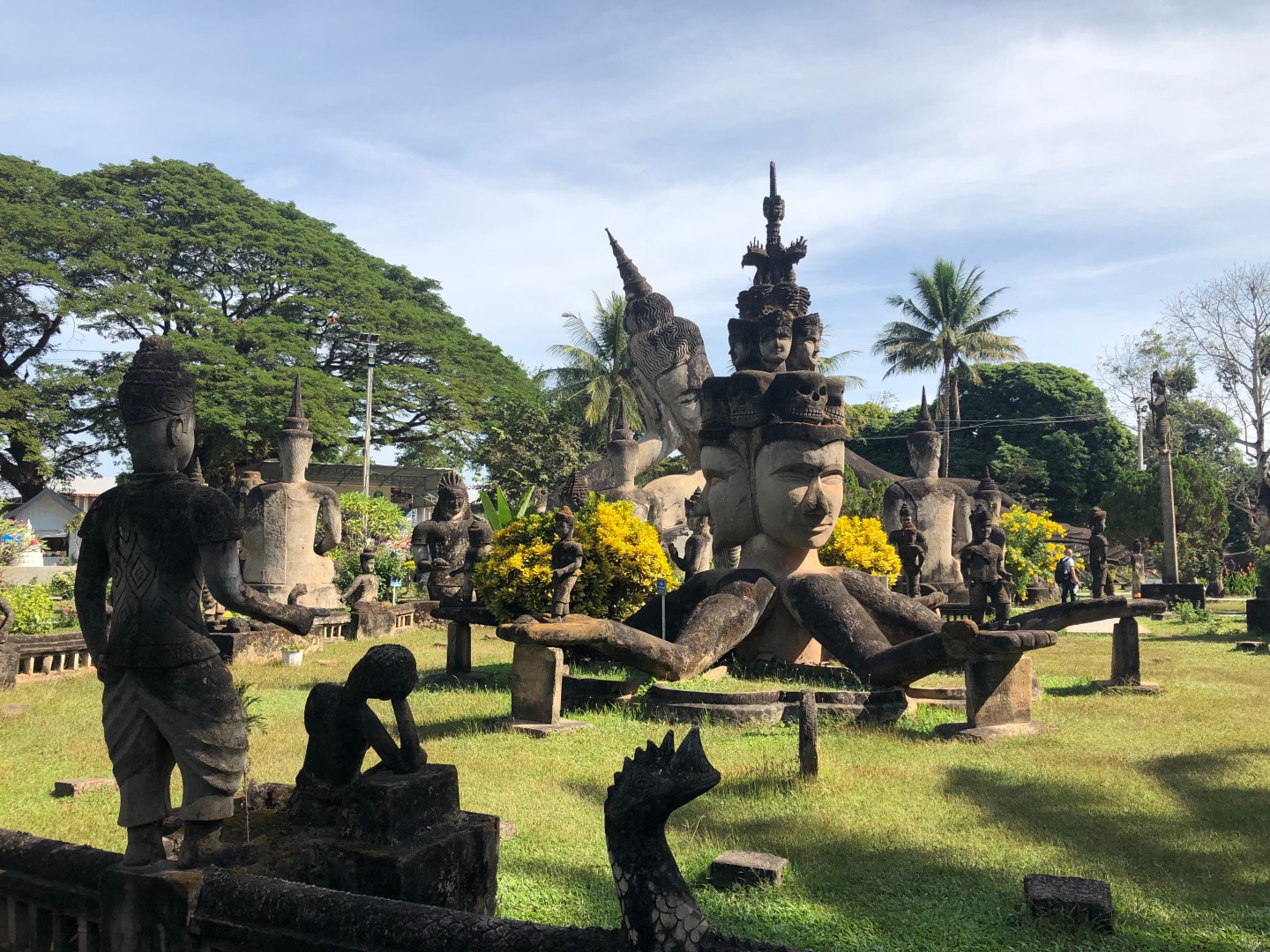 Though Vientiane is the capital of Laos, I found it quite disappointing. There is really not that much there to see but it makes a good stop if you are en route to one of the bigger cities in SE Asia as you will be able to easily fly out of Vientiane to get to Hanoi, Bangkok, etc. And sure, it’s worth visiting if you are already in Laos, but I wouldn’t go out of my way to go back. 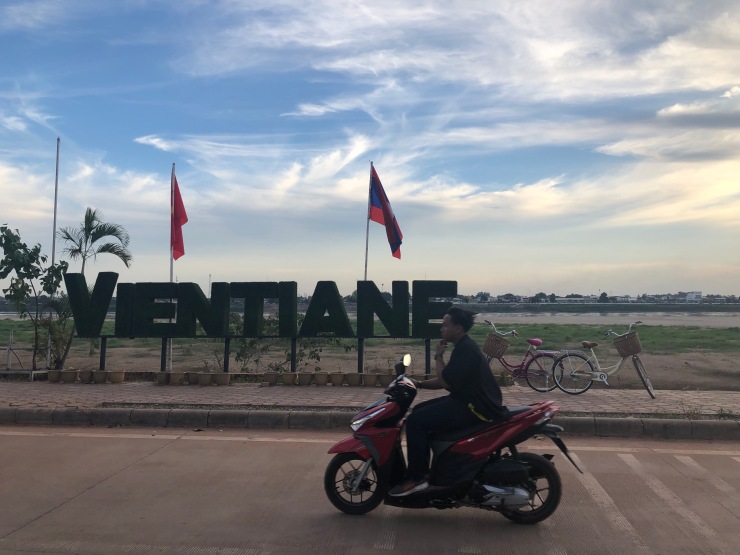 Getting There: If you are coming from Vang Vieng, your only option is the bus. Warning: This was the worst bus ride so far…and probably ever in my life. Though it was short (around 4 hours yet only going about 65 miles), at least 2 hours were spent bouncing around on unpaved roads. It was terrible. I had brought a sandwich on the bus for lunch and could barely eat it because we were hitting so many bumps. What amazed me was that there were people able to sleep on this bus. The road was even dustier out of VV than the one heading in from Luang Prabang, though it is not steep at all so there’s the one benefit. The bus was actually more of a minibus which meant minimal legroom and all bags had to go on top of the bus. Cue my anxiety about my bag falling off the top of the bus yet again. When we stopped midway for our toilet break, I only got off the bus to see if my bag was still there. By the time we approached Vientiane, the roads were smoother but the traffic got worse. I could not wait to get off that bus.

You can also arrive by plane depending on where you are coming from. The airport is easily accessible via public transportation as there is a bus that will take you to/from the city. Super easy. The airport is pretty barebones though – I saw just a few restaurants before going through security and one food shop (NOT a restaurant, but more of a convenience store) in the terminal. Fortunately, I had access to the airport lounge which offered somewhat better options (though still quite limited!).

Where to Stay: Most of the hotels are centered around one main area of town which is where you will find tons of restaurants, cafes, shops, and a night market. My hostel, Barn 1920s Hostel, was a bit further back from this area and in a slightly quieter area of town. This hostel was really lovely and had a coffee shop on the ground floor. And it was cheap! I was happy to have found this place.

What to do: I didn’t find that there were a ton of things to do in Vientiane over my 2 days there. I think you could definitely get by with one full day and see a bit of everything. I would have had just one day, but my flight to Hanoi was quite late in the evening and so I ended up with nearly one more full day. 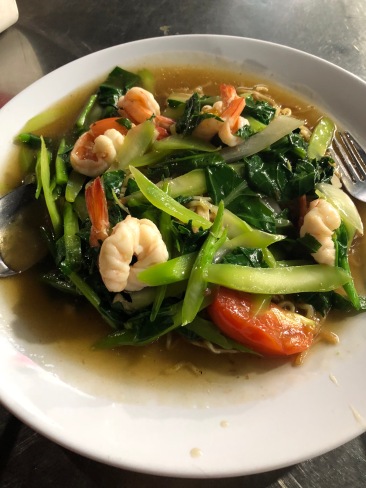