Up until this point, I hadn’t spent any time in Provence. As I was traveling between Corbières and Salon-de-Provence (for another WWOOFing experience), I decided to spend one night in Nîmes with some time to sightsee around this old Roman town. I knew little about the town aside from its famous arena and its presence of Roman ruins. In fact, I was surprisingly really charmed by Nîmes! At the end of the summer tourist season, it was pretty relaxed and not very busy in town. The town is small and it was quite easy to see a lot in just over 24 hours. I would absolutely recommend a stop in Nîmes for one to two nights if you are in Provence.

Getting There: Accessible via train from the rest of France, as well as Spain. Can connect to Marseille’s airport via the local train that goes through Nîmes. The train station is pretty close to the center of town and is one of the nicer stations I saw! 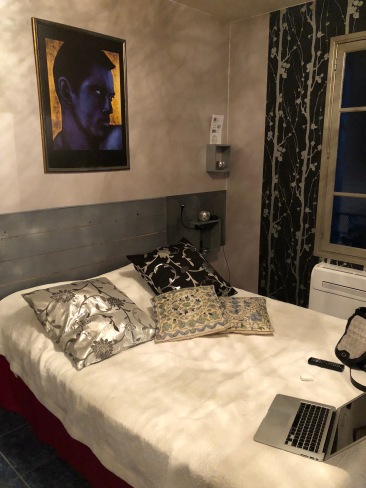 Where to stay: I stayed at P&P Bed and Breakfast which is just a 1 bedroom B&B (Chambre d’hotes). Basically, I felt like a guest in Patrick and Pierre’s home. It was really lovely aside from the fact that they both smoke quite a bit. I had my own bedroom and bath upstairs, Patrick was a super attentive host (offering me a homemade cake when I first arrived), and I was served a delicious breakfast during my stay. It’s located in a great area just off of Avenue Jean Jaurès. I really liked staying in this area as it was close to the park (Jardins de la Fontaine) and a short walk to the historic center (about 7-10 minutes to the sights).

Things to do: There are many historical sights in Nimes owing to its place along the Roman Via Domitia. You will find Roman ruins throughout the city, some better preserved than others.

Most notable is the Arena which is the best preserved Roman arena standing today. It’s not quite as impressive as the Colosseum in Rome, but it’s definitely more intact. Recommend visiting the arena (with a quite thorough audio guide included).

Maison Carrée – Another Roman building just across the street from the Contemporary Art museum. Skip the inside (it’s just a 25-minute film about Nîmes during Roman Era – unless that sounds really exciting to you).

Les Jardin de la Fontaine – This is one of the most beautiful parks I visited in Europe. The lower part is beautiful with fountains and statues, as well as the ruins of Diana’s Temple which you can walk through. Continue up the steps past the fountains and wander up through the gardens to the tower. The hills are a bit steep, but worth it for the views. There are benches and tables throughout the park to chill. I was there in early October so the trees were just changing color. Spectacular.

La Tour Magne – Highest point in Nîmes, worth climbing up through the park and up the steps of the tower for the views of the city.

Roman Museum – This museum is new, just opening in June 2018. It tells the story of Nîmes (and the surrounding area) with a focus on the Roman Era. There are many artifacts on display that have been found through various excavations in Nîmes. It’s a quite interactive museum as well and can be good for kids. Nearly everything in the museum is in French, English, and Spanish. There’s also a lovely garden (free) behind the museum and a nice panoramic rooftop for views over the city (also free).

Carre d’Art-Musee d’art Contemporain – I didn’t have time to visit this museum which is just across from the Maison Carree and features more modern/contemporary art. But if you have more time in Nîmes, then it might be worth checking out.

I purchased the Nîmes Pass which gave me access to the Arena, the Maison Carrée, the Roman Museum, and the Tower for 17 euro. I skipped the Maison Carrée because it didn’t seem worth it to visit, but it was still a good deal for the other 3 sights. The pass was good for the weekend so I was able to spread out my visits.

this museum is very interactive 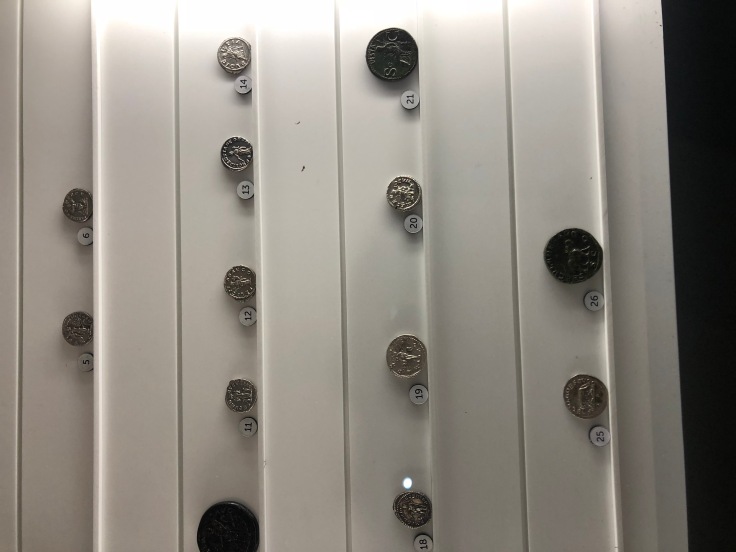 Eating in Nîmes: Brandade is one of the specialties in the area, as is tapenade. There’s even a whole store dedicated to brandade in the old town – Maison de la Brandade. Of course, you should also drink some local wines here!

Check out the baked goods at Maison Villaret (including the croquants de Nîmes). They also have tasty sandwiches here (who doesn’t love a jambon beurre eaten while strolling through town??)

For dinner, I recommend L’Imprevu. Excellent restaurant in a quiet area of Nîmes, not far from Le Jardin de la Fontaine. Outdoor seating and reasonable prices for delicious food. 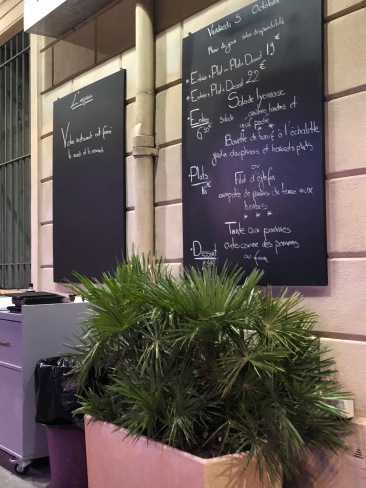 If you want to grab food near the Arena/Roman Museum, try Le P’tit Nimois. Close to the arena, it’s a typical cafe in a touristy area. I had an okay lunch here of the Nîmes plate, an assortment of local food with a salad (including some pate, brandade, îand tapenade). Nothing special here, but okay if you are in the area.

Grab a table at a cafe and hang out with a coffee, juice, beer, or wine in the area around the Cathedral. Perfect for people watching and killing a few hours. I particularly enjoyed the Bar des Beaux Arts, but Le Petit Moka also looked popular (and serves salads and crèpes).